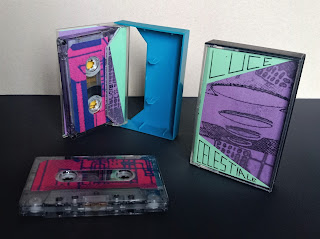 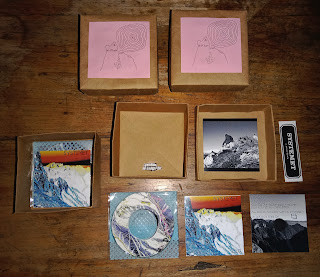 Zelo is the dialect name for a mountain of the Dolomiti Bellunesi National Park, on who’s peak, high 2083m, this music was recorded. November in the alps is grim and wet, the tracks are all iced, the forests immaculate and silent. The trek is long, dangerous yet peaceful and magical. It is two of us climbing the rocky top, trying to grab anything that came out of the snow in search of grip. Our backpacks are full of speakers, amps, food and ELI, one of our synthesizers. On the mountaintop, after five hours of cautious hiking, we get a complete view of the Dolomites and Prealps; immersed in solitude in this extreme and metaphysical context, we deploy Systemet in quadriphony. Enjoy the result! Enjoy the Nekrodrone! 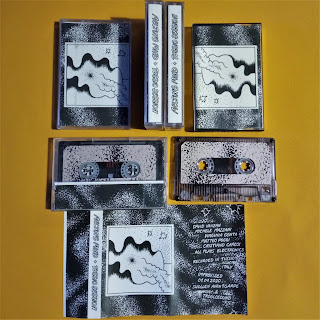 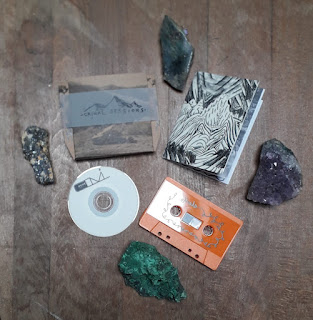 In November 2020, three naturally mystical musical sensations went to an awesome location in the Apennines and played their live sets immersed in the holy paeceful woods of Casentino (italy)...4 different projects of stray musicians met in the Casentino forests on November 2020 for a new path of musical alliance and spiritual renaissance.
A concrete emanation of an idea still in fieri, a close connection between musical performance, trekking in abandoned areas and alpine pastures, a balanced relationship to re-discover empathy!
Minimalistic ritualism meant to be experienced directly in loco, though in this box you will find the entire live sessions in a tape (df/ nuado) and a mini cdr (systemet/ imok), it contains also a tiny little 'zine with infos/credits and poetry contributes by Giovanna Demarchi.
Boxset edition of 66 copies.
Co-released with COdA, Hyperborean Fire Prod. and Lonktaar rec
SA20  NUADO / SYNTAX FREE split (C40) 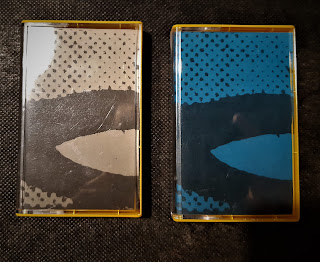 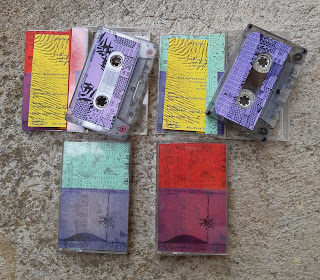 Reverberall is the moniker under which lies Riccardo Poli (Kranio Strasciolto, Eclisse Cremisi) struggling with prepared tapes and stomp boxes. Evocative, obscure and emotional soundscapes are screwed into melancholic, dense ambient textures where distant lyrics serve as wildflowers in a no beat area. 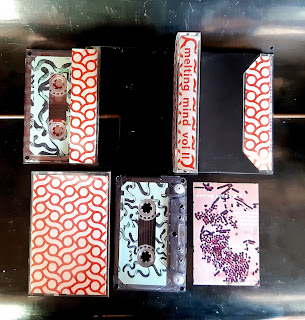 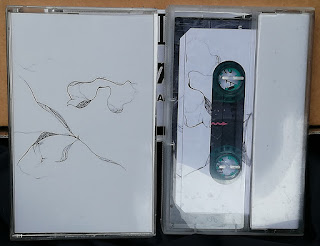 As part of the mighty Bruital Orgasme, Philippe has always been busy with distorted and frenzy sounds and odd frequencies. This tape is more quiet evocative and field recs-based material mixed with spoken words and silence, goofy stories and hallucinating themes 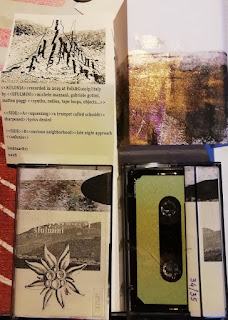 New project between me, Michele Mazzani and Gabriele Gotini (both , respectively part of Gelba and Videobasic) dedicated to soft minimal tape/ scourged synth sounds and to field-recs caught hiking through the rocky slopes of the Dolomites 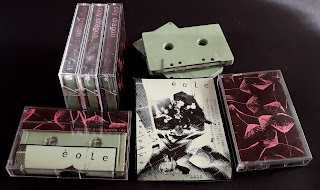 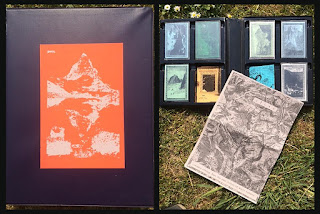 A massive collection of Gelba recordings, rehearsals and live gigs from 2010 to almost nowadays...this is a monster re-press of a cassette (every copy was unique) originally released on swollen avantgarde (SA Carton Series 02)
It features a booklet with all the infos you need, a map insert and some strange stuff all included in a recycled tape box with silkscreened cover 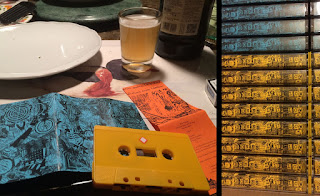 No overdubs No pose
SOLD 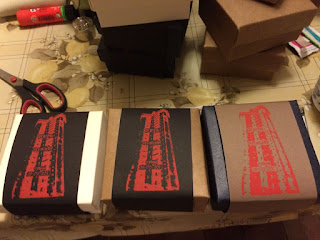 This box includes two tapes with the entire live sets, one credit insert, the flier of the night, and a silkscreened box cover. Co-released with Lonktaar rec
Limited to 30 numbered copies 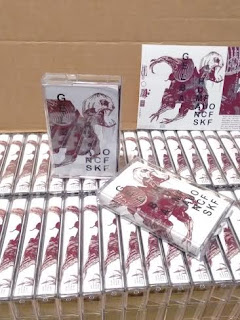 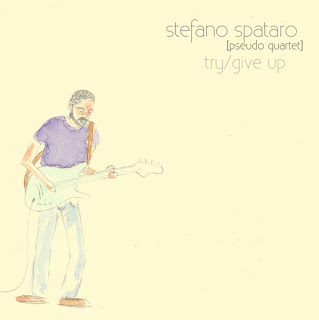 Try/Give Up is the result of an experiment of self-improvisation, i.e. a simulation of a band, in this case a (pseudo) quartet, that improvizes. Actually each instrument is dubbed, starting from the drum, one take, and cut for a final arrangement that tries to mantain as much as possible the initial improvisative attitude 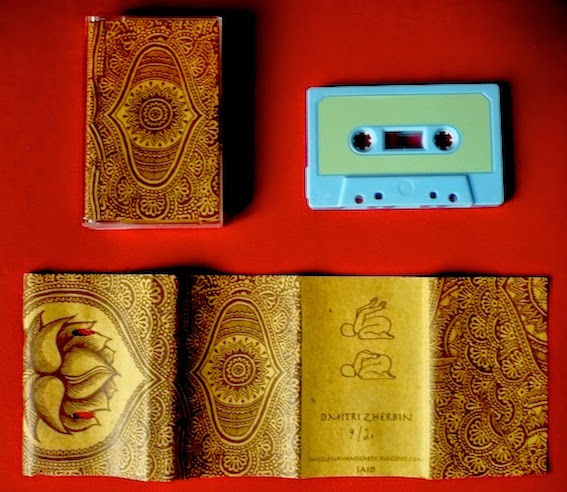 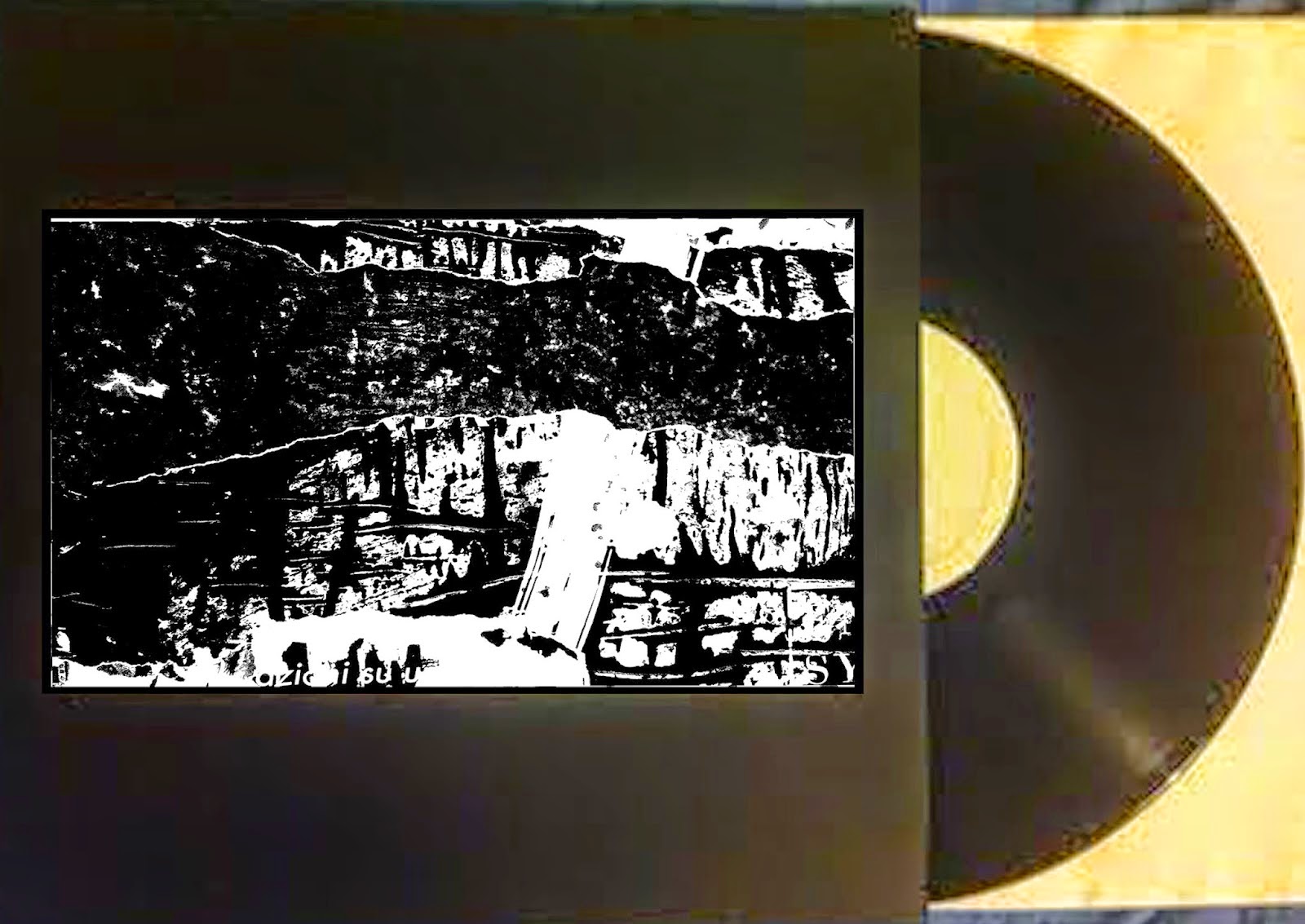 This monstre is simply a single track of more than 20 minutes of sulphureous guitar / tape manipulation droning aura.
This slab of crumbling sounds was recorded live at Die Sonnenstube / Lugano on October 2013, while some few individuals could experience it in its purest form.
Again, this torn in your spine is a good exercise in heaviness, it's the spectral realm of Gelba
Co-released with Lonktaar Rec in an edition of 99 regular copies + some few ART editions 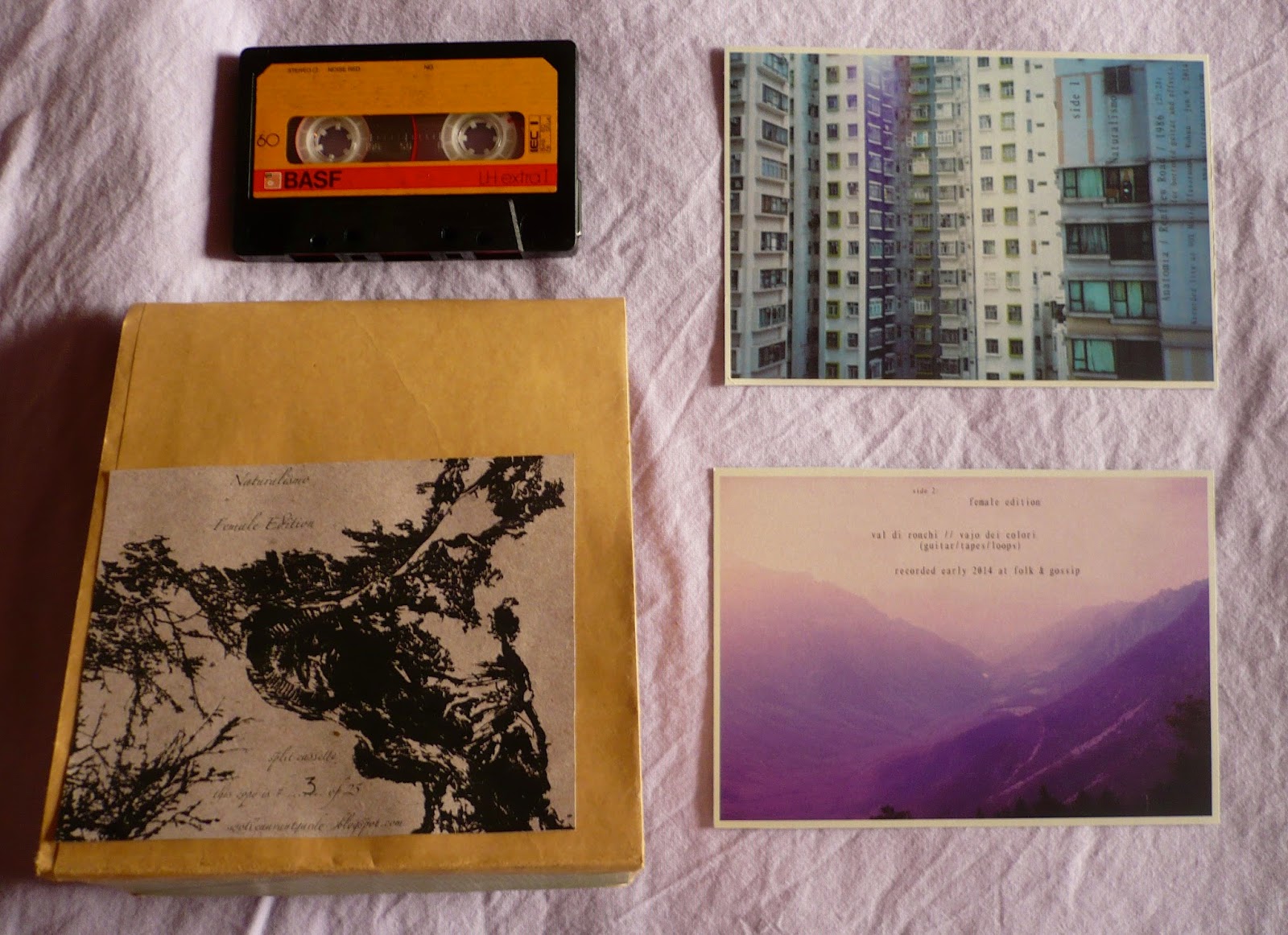 Naturalismo is a free form project of Gabriele De Seta (Monstres par Exces rec, Caligine, Cassa Ufficio Malattie Tropicali)
Side 1 is a live impro for borrowed guitar and effects, reminding the birth of a demented beats which evolves under the plaster

Female Edition is my solo stuff, Side 2 is a home recording i made before touring with Gelba early 2014, playing guitar and tapes and loops and fx and recording on pure analog cassette 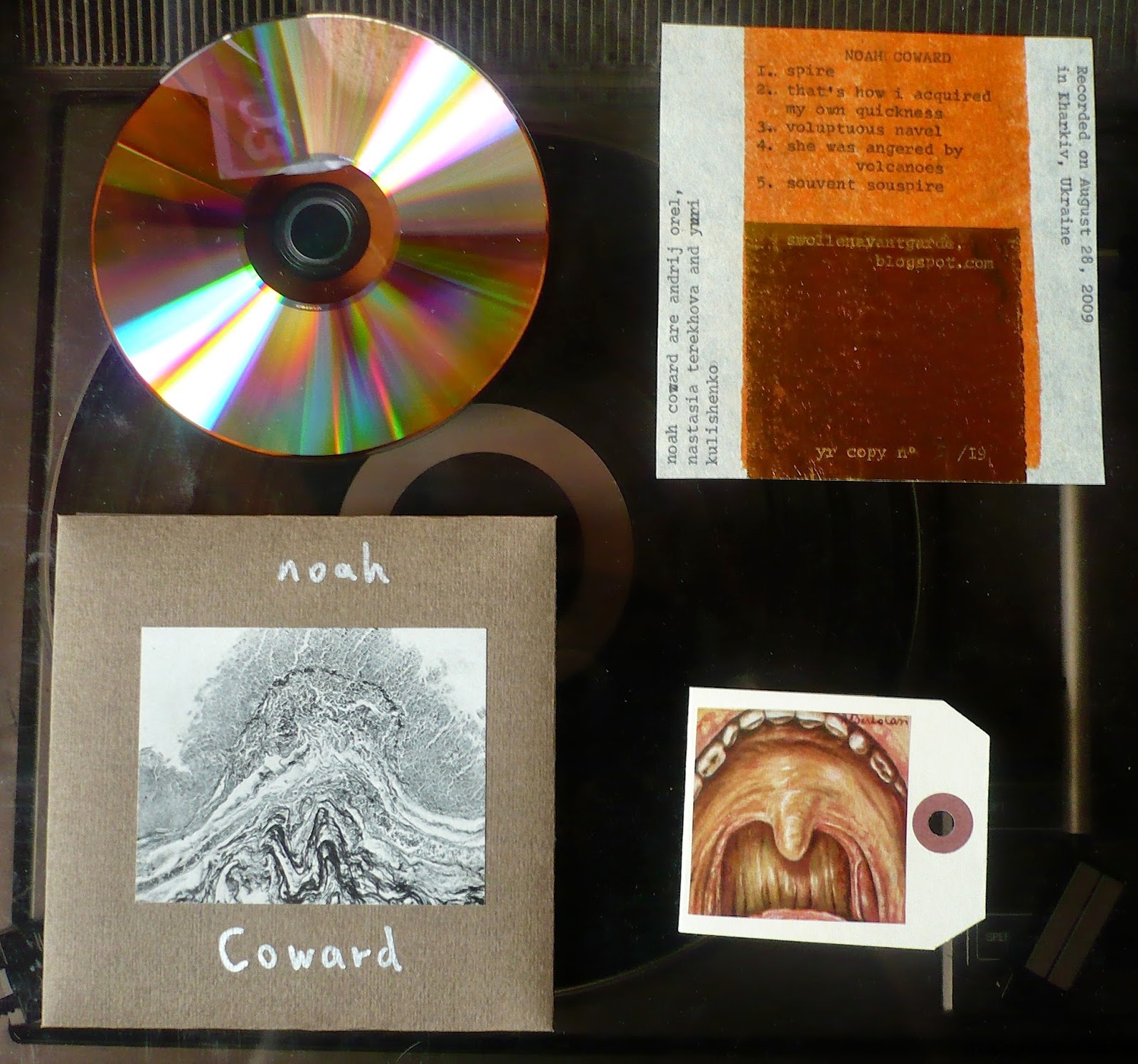 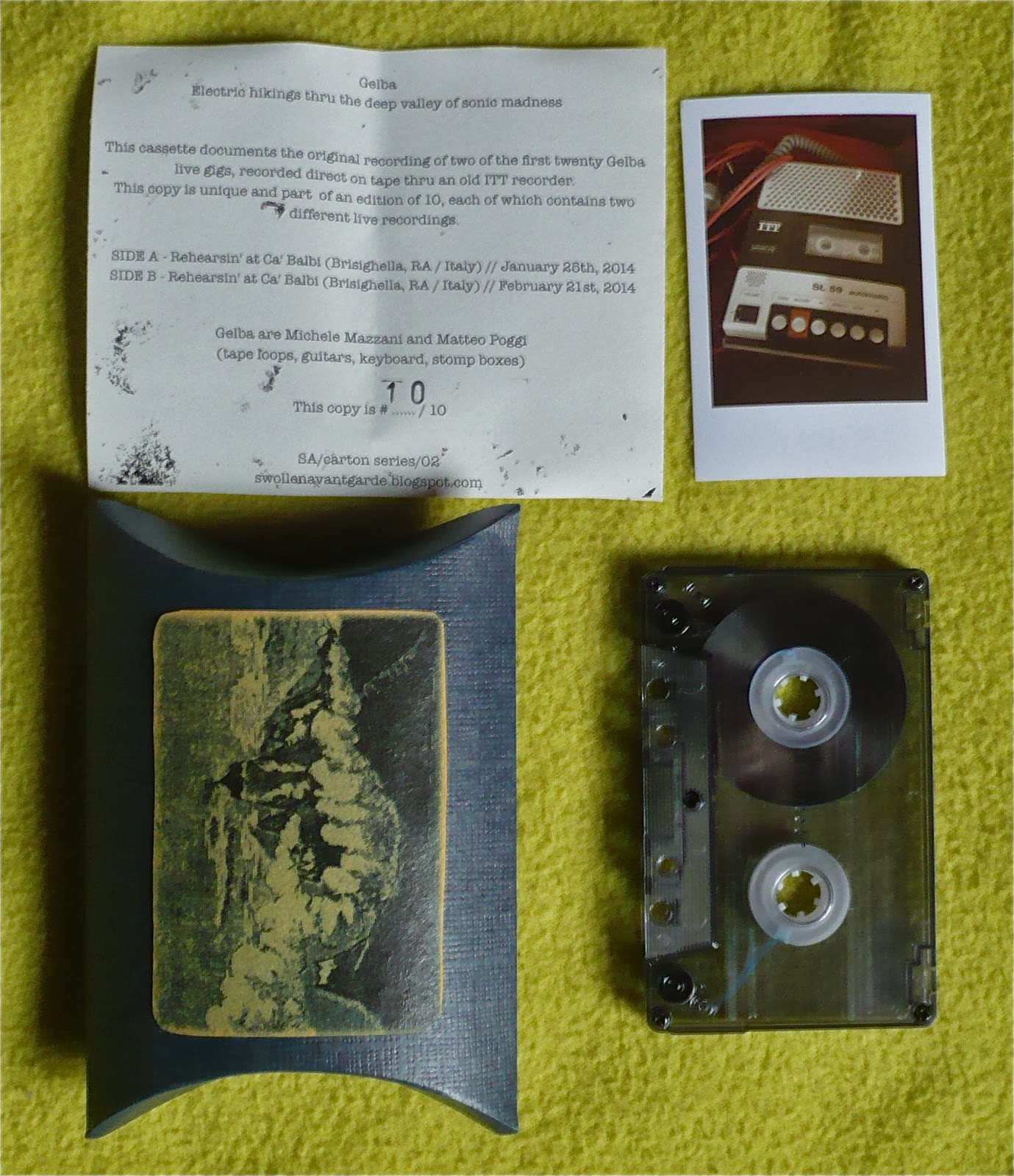 Each cassette documents the original recording of two of the first twenty Gelba live gigs, recorded direct on tape thru an old ITT recorder. Each copy is unique and part of an edition of 10, each of which contains two different live recordings. 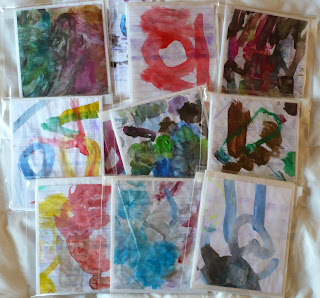 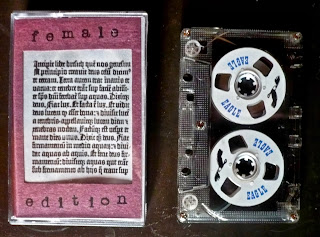 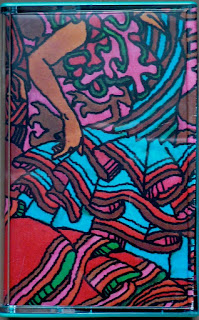 Electro acoustic field impro recorded on a hill near Selva di Val Gardena (BZ), at the base of Dolomiti's mountain. 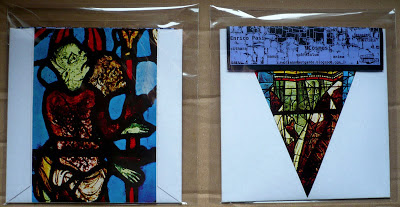 Handmade artwork made cutting a variety of photo prints of the windows of the Chartres cathedral.
Edition of 15 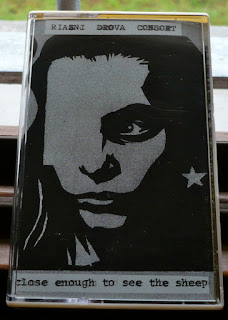 "all of our recording sessions are in some way an extension of singing stuff at home, even if no voice ends up in the final version.  and i cut a couple of verses from our recording of "ca' the yowes" because we botched them...  so it's incomplete on the tape, but better for that" 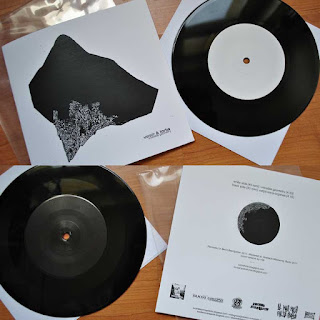 Swollen Avantgarde is a bedroom label/imprint managed by Matteo Poggi, a sound artist located by the sonic gullies around Brisighella (RA) - Italy